The Armies of Creation spells are believed to have been designed by the first Dawn Caste. Intended to bolster soldiers fighting to protect and expand Creation’s borders, these spells infuse a leader’s warriors with a portion of the Exalt’s nature. (UnExalted sorcerers call on the might of the Unconquered Sun, making its use highly illegal for anyone other than Dragon-Blooded within the Realm.) The spell names given are for the most common variants; sorcerers of differing backgrounds typically use different names for them.

All versions of this spell only function so long as the sorcerer is leading her forces personally. The Celestial and Solar versions do not require the Exalt to command every soldier personally from a tactical standpoint, but the Exalt must be engaged in battle from the moment hostilities are joined. If the sorcerer loses consciousness or retreats from battle personally, the spell ends.

While these spells are not prerequisites for one another, they are related on a fundamental level. Therefore, only the most powerful benefits among these spells take effect if multiple sorcerers cast them. They can, however, stack with the benefits of other War-related spells, such as Incantation of the Invincible Army.

Pillars of the Earth

Mortals often quail at the sight of creatures of Darkness, but even the greenest soldiers become a force to be reckoned with once infused with this spell’s Essence. The sorcerer calls upon the divinity that grants War charms to her Exalted (the Unconquered Sun for Solars, Luna’s Full Moon face, the Queen of Battles or the Dragon of Earth) and leads her force into battle. As long as she personally commands a force with a Magnitude no greater than her permanent Essence, her unit gains +1 to its Might and Endurance and +2 to its Morale and Integrity while fighting enemies of Creation (to qualify, the enemy unit must either be led by an enemy of Creation or have at least half of its members be such creatures). Further, successes on any Shaping rolls directed at the unit are reduced by one (e.g. when casting Internal Flame, the Wits + Occult check is reduced by one success). This can reduce the number of successes to zero.

Carrying the light of the Sun with her, the Queen of Battles herself blesses the army that fights to defend Creation. While fighting enemies of Creation, the sorcerous commander adds half his Occult rating (round up) to the Might, Endurance, Morale and Integrity to forces up to (500 x Essence) soldiers, as long as he personally leads at least one unit in battle. Further, successes on any Shaping rolls directed at the unit are reduced by half the caster’s Occult rating, round up. This can reduce the number of successes to zero.

Army of the Dawn

Like the first rays of morning light, victory for those who fight in service to the Unconquered Sun is inevitable when they face those who would harm the world He shines upon. As long as the Solar leads the army in battle against enemies of Creation, her forces (up to 5000 x Essence in soldiers) have Perfect Morale and Integrity (never check for Rout, always succeed in Valor checks, cannot be affected by Compulsion effects), are immune to Shaping effects from enemies of Creation, and add her Essence to their Might and Endurance ratings. Finally, all attacks by units under her command are considered Holy.

This site uses Akismet to reduce spam. Learn how your comment data is processed. 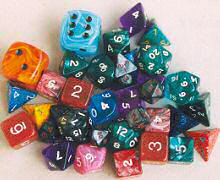